If you've been paying attention to my blog, which you should be, you'll have noticed a while back I reviewed one of two pairs of gloves that Evans Cycles asked me to review. The first review was of the Castelli Diluvio Delux gloves. I liked them then, and I still like them now. They serve the 5C -14C temperature range very well on all but the wettest of days.

Now it's the turn of the Louis Garneau Shield Gloves. 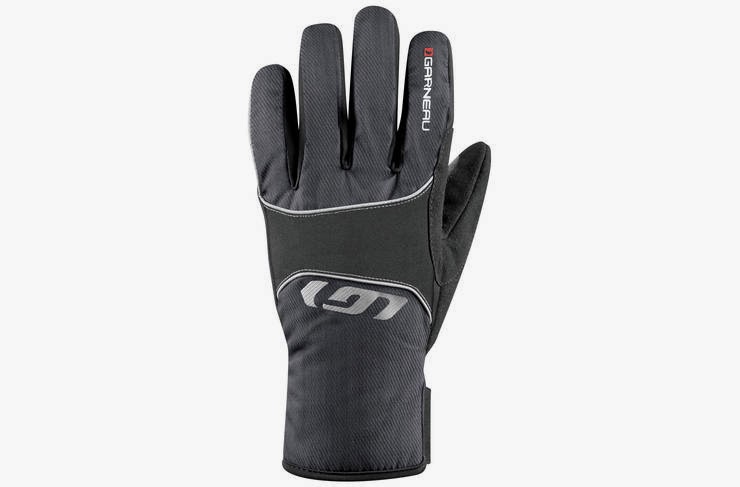 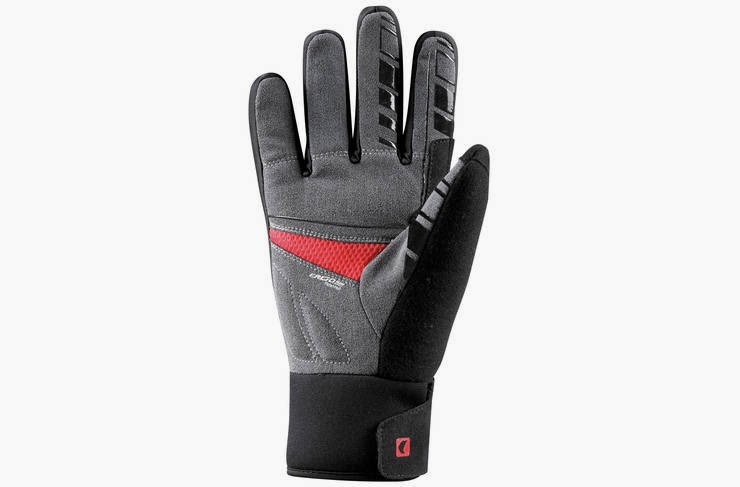 Looking at the the Louis Garneau website, it is suggested that these gloves have LG's top level of insulation and are for extreme conditions. A quote from the website suggests:

Popular for those who brave the extreme conditions on their bike, the LG Shield has varying insulation at different spots for the utmost in protection


They sound perfect for Glasgow!

Before I discuss the 'extreme' credentials of these gloves there are a few other specifications worth mentioning. The gloves are described as waterproof yet breathable. In fact LG on the packaging that comes with the gloves do go to some lengths to point out how breathable the gloves are. Part of that is down to a 'breathable membrane' and part of it down to the red palm mesh that can be seen on the picture above.

Are they waterproof? Yes, I'd say they are. I've been cycling in pouring rain and the rain has been held at bay.

Are they breathable? Umm, errr, hmmm. I must admit I couldn't tell much difference in the 'sweatiness' of my hands with these gloves on, compared to other gloves I've had. Perhaps they were a little less moist inside, but not so much that I particularly noticed. Personally, it doesn't bother me too much if my hands are a bit sweaty, so long as they are warm.

That brings us to the important question and the reason that most people would buy a pair of gloves like these.

Do they keep your hands warm?

The weather this winter has been suprisingly mild compared to recent winters, and whilst I've had the gloves the temperature hasn't dropped to below 2C. However, at that temperature, whilst these gloves did a reasonable job of keeping my hands warm, they weren't kept, 'extreme insulation' warm, and that's my problem with these gloves.

They aren't terrible gloves, far from it. They actually feel well made, and are very comfortable to wear, but they certainly don't provide extreme insulation. At 2C they are just about OK, and they would probably be OK down to 0C, but below that, I'd be wanting for something more. Yes that something more might just be some silk liners, but I would feel cheated with that.

If a manufacturer suggests they are for extreme weather, then 0C just doesn't cut the mustered.

Perhaps if I had reviewed these gloves a few years back I'd have been a bit kinder. However, having taken ownership of some Sealskin Lobster gloves at the start of winter, and having worn them in sub zero temperatures, and having had slightly sweaty hands in those conditions, it leaves the Louis Garneau Shield gloves wanting.

OK, I'm not quite comparing like for like. There is always going to be an advantage with the lobster design, however, manufactures need to be honest in saying that without advances in insulation technology, five finger gloves will never provide extreme protection.

If you are looking for gloves that will provide protection in the 0C-5C range that allows the use of all of your fingers, then certainly consider the LG Shield gloves. If however, you want gloves that will keep your hands warm in sub zero temperatures, then you should look elsewhere.