After posting my previous blog on this picture.... 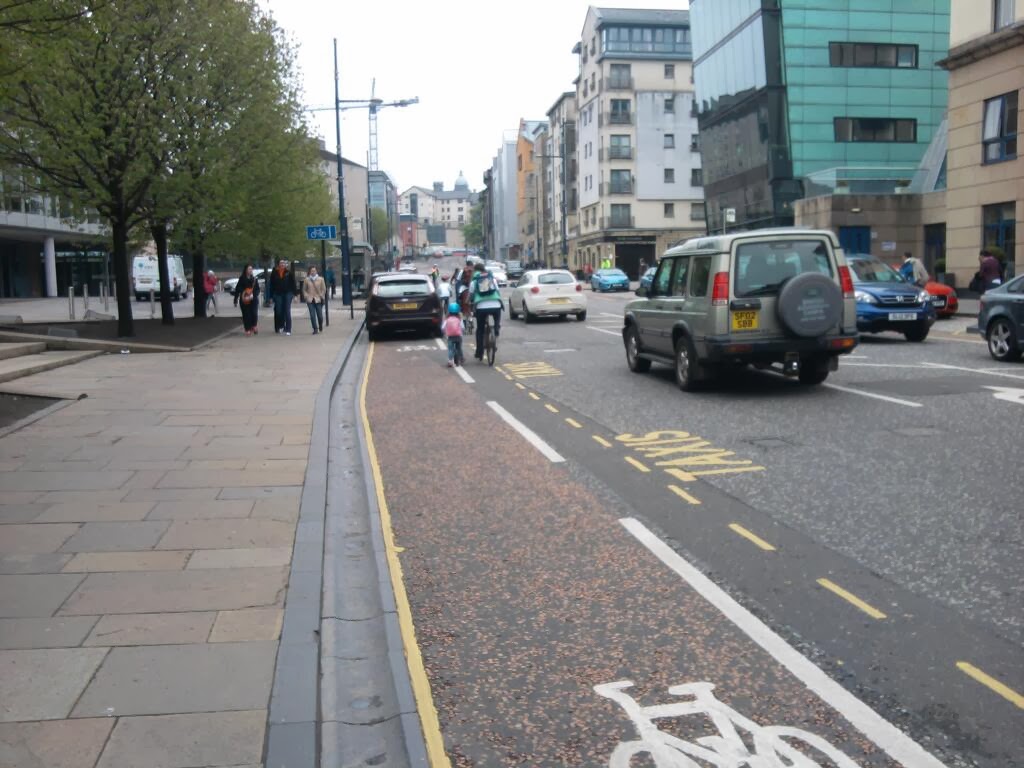 I got quite a response. One of the most interesting responses was from a friend of mine who lives in Edinburgh, Grant Mason. He wrote this message on Facebook, but was happy for me to share it here.


I know this road well as my daughter lives just off it. I've cycled on it. It's unforgiving for the inexperienced cyclist - how do you stay out of the door zone when passing the cars parked in the (joke that is a) 'cycle lane', when the vehicles passing you skim your elbows and force you towards the parked cars?

Yes, Edinburgh - our 'cycling-friendly city' that's anything but. Lack of investment, money wasted on pointless & potentially lethal, badly-designed infrastructure... where do I even start?

I try not to laugh when Edinburgh boasts of how much they've invested in new cycle lanes. They're NOT cycle lanes. They're parking bays. To pretend otherwise is an insult to everyone's intelligence. A dashed line means the lane can be driven in, parked in or obstructed perfectly legally.

Crazy. But come April, they'll (the government) put up a speaker for POP3 who'll lecture us on how much they've done for us and how grateful we should be for these pointless wastes of money. I bet it won't be Keith Brown, our Minister for Transport though. He chickened out last year, and his surrogate was roundly heckled. Given the total lack of progress or change since POP2 in 2013, I doubt he'll be brave enough to face the mums, dads, grannies, grandads, teenagers and kids who're still being failed by our politicians when it comes to making our roads safe enough for everyone to cycle on without fear.
Posted by magnatom at 20:39