As I often get told to 'Get a Life!!' I thought it was about time that I told you a little about my life, and to prove (hopefully) that I actually have one.

It isn't exactly hard to find out my real name. I popped the cherry of anonimity a long time ago when I got involved in a campaign that was publicised in a local paper. For the record I am David Brennan. 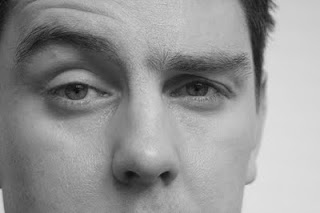 I was born in Glasgow way back in 1973, and lived the first four years of my life 18 floors up in some not particularly nice high rise flats in the south side of Glasgow. Luckily for us we managed to get out of dodge and settled in Erskine just in time for me to start school there. It was at this time I got my first exposure to bikes. I think my first was a Speedway. For my sins I cycled almost exclusively on paths! However, cycling was not my favourite pass time. That was Judo, which I started as an 8 year old and continued until my body gave up when I was 36.

Unfortunately my father died from a heart attack when I was 6.  Apart from this I had a fairly uneventful, and pretty happy childhood. Often people suggest that I must have been bullied as a child due to my dislike for road bullies. Whilst I wasn't the most popular kid in class, and there were some other kids I didn't get on with, overall I got through school pretty unscathed. In fact, I can only remember having one proper fight during my time at school. That was with Mark Cridge. He put a Chewitt in my hair. Mind you he has significantly more web presence and gets paid more than me now, so I didn't hold him back!

I had a great time in High School, especially the last couple of years which were mainly spent doing sports studies modules (basketball, volleyball, fitness, etc every day!!). I was also Caleb in Seven Brides for Seven Brothers, and Sky Masterson in Guys and Dolls. The videos from these school shows will never make it onto Youtube!! I may have cycled a bit over the first couple of years at school, but no more than that. I wasn't interested.

So off to Glasgow Uni for 4 years of drinking, and the occasional bit of work. My subject was Physics and somehow I managed to scrape out a degree at the end of it. I kept up my Judo and had some great fun travelling the UK and Europe taking part in competitions, of the judo and drinking variety. Happy days!

Then it was time to join the real world, and somehow I managed to get a job in Glasgow doing what I wanted to do. Medical Physics. I've had experience in Radiotherapy, Nuclear Medicine, Electronics, Urodynamics (don't ask), and Magnetic Resonance Imaging (MRI). MRI is where I was lucky enough to specialise and I've been working in MRI ever since, investigating among other things brain function. That's where the Mind comes from in Mind of a helmet....oh never mind!

Most amazing of all I found a woman who didn't want to run a mile from me. The downside is she is English. Can't have everything I suppose. ;-) We were married in 2001 and have been happily so ever since.

Having spent all of our savings exploring different parts of Africa it was time to settle down and start a family. So in 2005 our first boy was born. What a wonderful experience that was (easy for me to say!). Just a shame he didn't sleep for the first 14 months!! This was when I decided to look at cycling again. money was tight (and always has been since!) and either I had to buy another car, or.......and the rest, as they say is history!

We now have three children (we are gluttons for punishment!), 2 boys and a girl, live in a nice house in a village outside Glasgow (Torrance) and if we are lucky get out to socialise twice a year. Ah....wait a minute, I was supposed to be proving I have a life, wasn't I ?! :-)

I still work with MRI in the NHS, however, depending on finding someone with vision, a lot of money and an interest in developing a ground breaking new stroke therapeutic/diagnostic technology that could all change (if you are reading this feel free to contact me!).

Since I started, cycling has really developed from a way to get from A to B, to a passion. It started off as 5 miles each way (some of which was on the path!!) on a heavy hybrid. Over time I started to enjoy it more and more and decided to try a long charity ride (Pedal For Scotland). That 55 miles was hard, but it got me completely hooked on cycling. Now 3 road bikes later I wouldn't miss my cycling for the world. I look forward to every ride, no matter what the weather, and I nearly always end the ride wishing I had the time to ride further.

What about my helmet camera stuff? Well, if you want to know more about that, you'll have to delve into my blog. Happy reading!