The Way Ahead is Clear?

Sometimes the truly amazing can happen. Sometimes just when you think all is lost, victory can be snatched from the jaws of defeat. Sometimes politicians listen.....or do they?


If you've been paying attention recently you'll have noticed #glasgowinfraday. You might have noticed this tweet from me about a particular piece of 'cycle infrastructure'....

This particular 'cycle lane' has been full of this muck as long as I can remember. I'm pretty sure that I reported it in the past, but I gave up reporting it as nothing was ever done. And so yesterday I was not surprised to see that it was still in the same condition. However, after I had dismounted my bike to avoid the one or two inches deep mud-bath I noticed a council worker driving a road cleaner, so I approached.... We had a chat about the bike lane. The worker agreed that it was in a terrible state. He had apparently spoken to his boss on a number of occasions about it (after quite a few different cyclists had approached him), and his boss suggested using the road sweeper vehicle to clean it. This chap then pointed out that it probably wouldn't do the job properly and that it would need men shovelling up the mud.

The boss would apparently shrug his shoulders at this, and nothing would get done.

Anyway at the end of the chat the driver said he give it a go with the machine to see what happened, so I left on my merry way, looking forward to seeing the results the next day.

So this morning, this is what I saw... 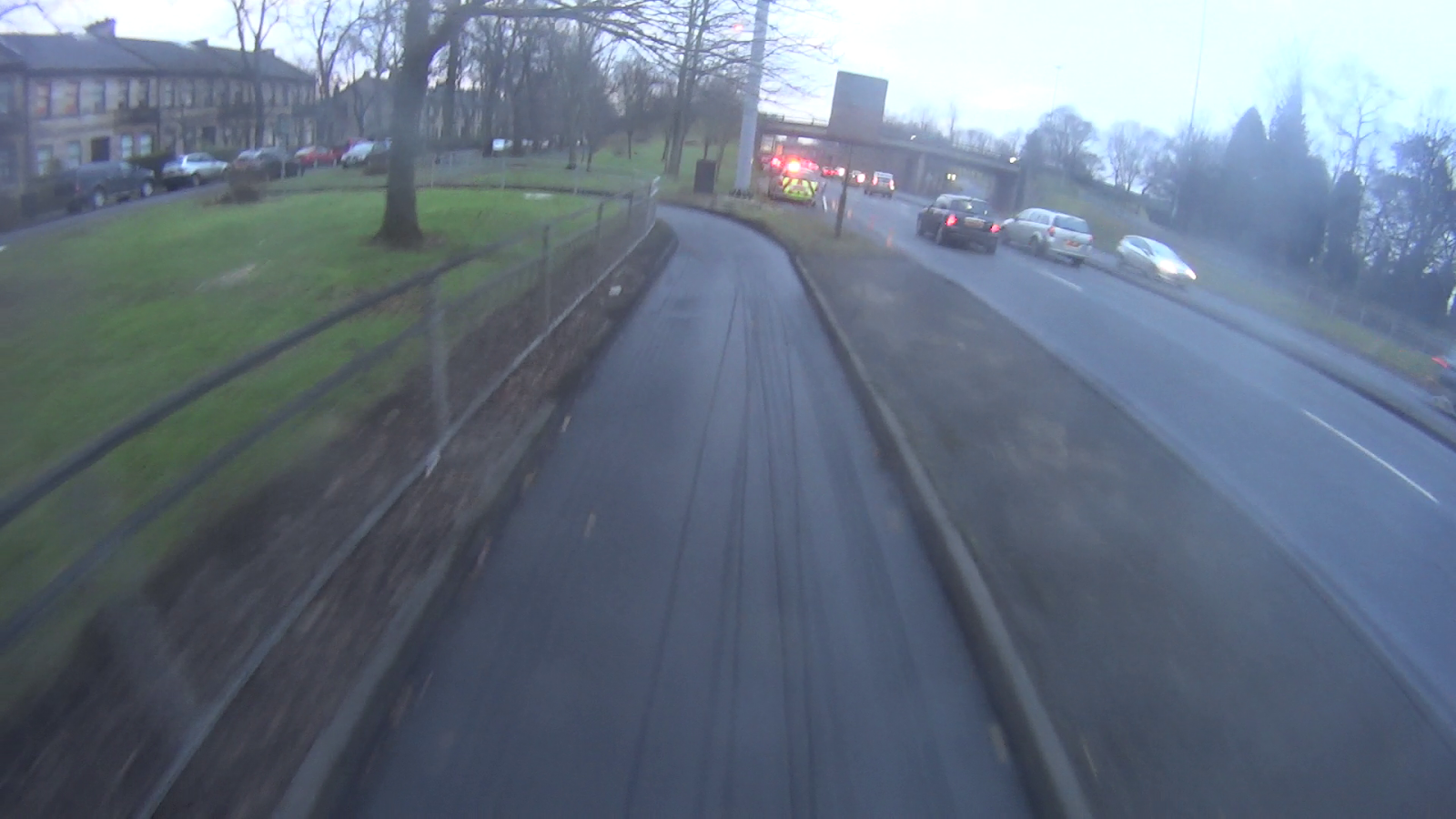 The vast majority of the mud was gone!

Great news!!.....Well, unfortunately not. Whilst the majority is gone, we are now left with a film of mud and oil (you can see the tyre tracks in it. I had to be very careful riding in it to avoid falling off. That'll be fun when it next rains....

So, 'road cleaners boss', the road cleaning chap was right. He tried to clean it, and whilst it has solved it in one way, it has left a very slippery surface behind. It needs properly cleaned.

Is there a moral to this story? I think there are two. Firstly, reporting it makes bu%%er all difference. I know this particular lane has been reported many times. In fact I saw a letter recently (a fellow campaigner) from someone at GCC that said this lane was cleared weekly and would be cleared again on the 31st January. It wasn't, and it is absolutely not cleared weekly!!! Reporting it to politicians doesn't make a difference either, at least sending them multiple tweets about it certainly doesn't as I have discovered.

It amazes me how responsive Edinburgh's politicians are to comments made on Twitter, and how completely unresponsive Frank is.

The second moral is, that....well....as I think readers may have worked out by now....that Glasgow City Council does not give a hoot about cycling, about cyclists, or about cycling infrastructure. We can all go to hell as far as they care.

I'm happy for someone to correct me on that, if you can.

So here we are.

Glasgow, languishes in the cesspit of backward looking cities, whilst our friendly rival, Edinburgh is now investing 8% of it's transport budget on active travel, is introducing 20mph zones across the city (click here to encourage Glasgow to go 20mph!), and is often well regarded in the way it maintains the cycle infrastructure it already has.

Whilst I don't live within the Glasgow boundary myself at the moment, I have lived in or around Glasgow all of my life. I am a west coaster and a Glaswegian and proud of it. However, if work opportunities should ever offer the option of moving east to Edinburgh or equally cycle friendly Fife, I will do so.

I am sick and tired of the utter sh!t that I put up with in Glasgow on a daily basis. I am sick of the total lack of 'give a toss' that politicians (not all, but we know who I'm talking about here) give about active travel and the way that Glasgow is fast becoming the transport back-water of Scotland.

Oh but wait, this rant of mine needs some balance, so here's a recent quote from Alistair Watson to finish off...


Improving the safety of all road users in Glasgow remains a top priority for the council.