I think the picture says it all! Well almost....The exhilaration is not in doubt, as it was a fantastic POP.

The weather which looked like it was going to be terrible all week, turned at almost the last minute. I ended up have a slightly burnt face!

The cyclists and pedestrians turned out in, once again, spectacular numbers. People and bikes of all shapes and sizes were everywhere!

The speeches ranged from poignant, through promising, to rousing. We even got some interesting words and promises from the Transport Minister Derek Mackay. Something that we at POP will certainly try and find out more about over the coming few months! The speeches themselves are well worth watching and all can be found here.

I am without doubt, exhilarated by the whole day!

Mind you, I am also absolutely exhausted! As you may have heard during the day, I've had a wee cold/flu bug type thing recently, and whilst it was fine yesterday, I think I'm paying for it a wee bit today. Don't worry, nothing serious, just a wee bit more of a cough and a feeling of overwhelming tiredness.

So, I'll keep the blog short for now.

I will though sign of with one last picture. 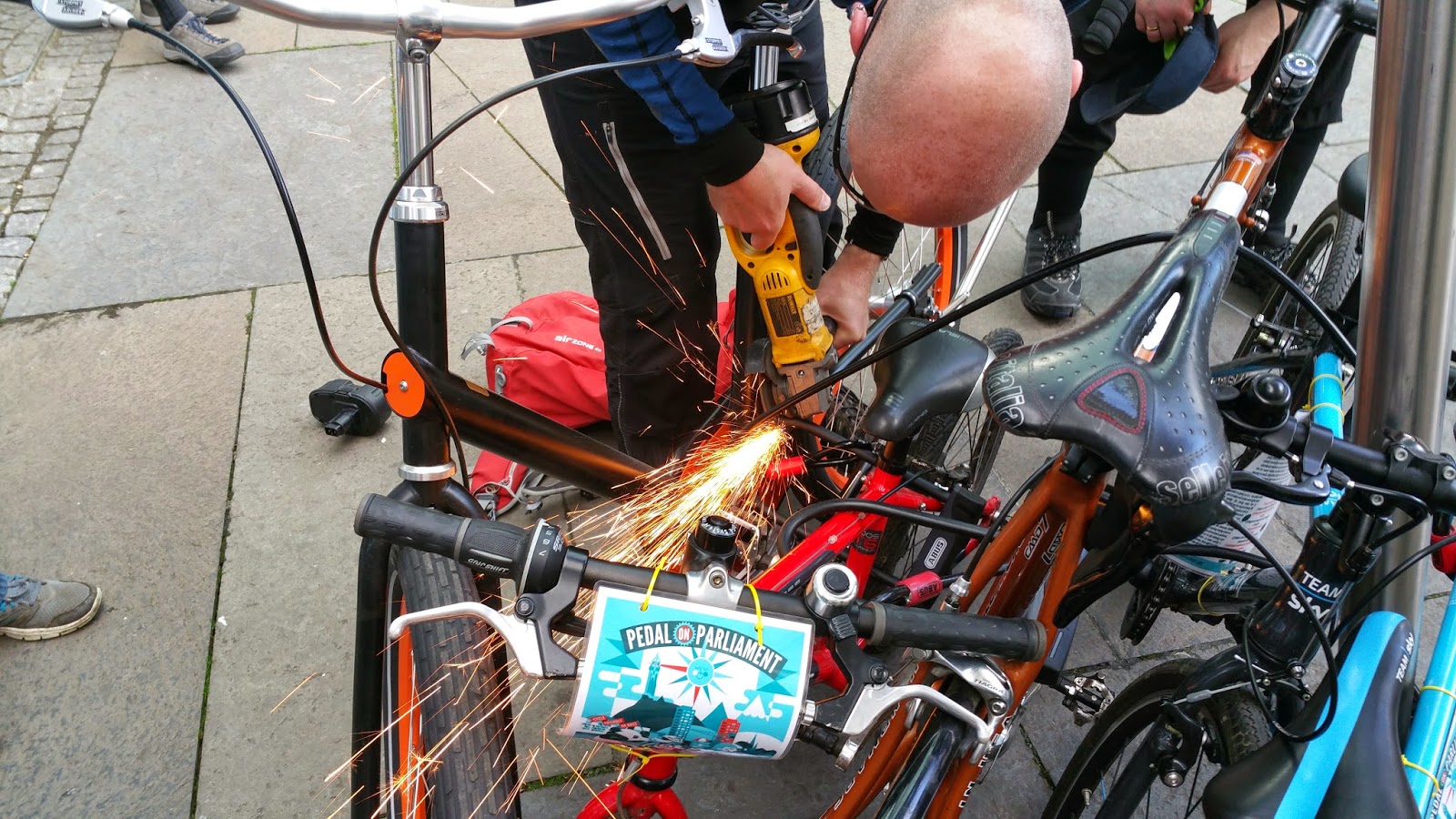 What!?! Is this a PaperBike being stolen!? The one my wife was riding at POP and had loaned from Laid Back Bikes (Many thanks) !!?

In fact this is Alan from Bike Station Edinburgh helping me out of a tight spot. After POP the POP team alighted to a pub nearby. My wife and kids came along and I locked the bikes up with a new lock I purchased a few days earlier. As I went outside to unlock them, the key snapped in the lock.

Alan came to the rescue!2 minutes 45 seconds later (yes that's all it took) and the bikes were free!

Thank you everyone for everything. It was not only a wonderful day, but it was a day we sent a strong message to our politicians.

We want a safer cycling Scotland!